by Editor Marc
News and Blogs

Ayanda Ncwane has been known as the wife of Sfiso Ncwane and even after he has passed on, she was still living under his shoulder. She was always referred as the widow of Sfiso which was the brand she represents. That made people to wonder if she has moved on from Sfiso and accepting his death.

Like some other widows, whose husbands died while they were young, and they move on. However, Ayanda did not seem to be doing that for many years after her husband passed on.

It has been four years since Sfiso died and one would have expected Ayanda to have found closure and move on.

The tricky part is the way Ayanda has been looking like lately on her pictures in social media, she has been dropping gorgeous. Infact, she has been so glowing for years now.

Finally, on Valentine’s Day, Ayanda put a halt on people’s guessing about her relationship status and revealed information about her love life.

What disappointed people is that it wasn’t what they had expected , as they have guessed who Ayanda’s boyfriend could be.

Ayanda took to Instagram and posted a picture of herself in a beautiful red dress with a caption that ultimately showed she is still single.

“Happy Valentine’s Day to all you lovers, enjoy such moments, never take them for granted. : Us bazalwane aba single, the Lord is our strength️. Madam sends love , hugs & kisses to you all.”

Although some social media users could not believe her but others congratulated her.

Kim Kardashin has officially filed for divorce from Kanye West on Friday. According to E! News, dicuments show that Kim has requested joint legal and physical custody of their kids. WINTER GOT NOTHING ON YOU!!! ONLY R399 SHOW OFF YOUR AFRICAN WOMAN CURVES BUY NOW!!! MAKE UP CLASSES AND MAKEUP FOR ALL OCCASIONS IN PRETORIA...

The Malawi police stopped the Bushiri’s at Kamuzu International Airport from leaving the country for Kenya WANA GET ATTENTION? GET THIS FOR R399 HUGE DISCOUNT FASHION SALE R350 YOU DESERVE THE BEST FOR ONLY R350 Fugitive prophet Shepherd Bushiri’s daughters who were the first to leave South Africa before the prophet and his alleged partner-in-crime,... 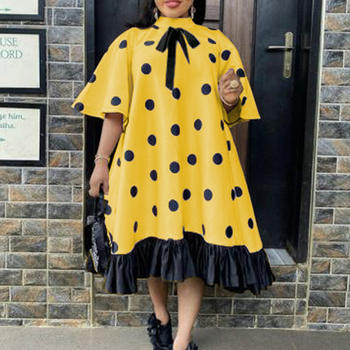 [ad_1] Despite reports this past week that Kim Kardashian and Kanye West aren’t back together right now, TMZ has a new twist to the story of their relationship and ongoing divorce: The two may just make things work and reconcile. Multiple sources close to the couple told the outlet that...

Kourtney Kardashian and Travis Barker Were Photographed Kissing in Italy

[ad_1] Kourtney Kardashian helped Travis Barker conquer his fear of flying after he was severely injured in a 2008 plane accident that killed four people—and now they’re truly jet-setting, from Cabo to Italy. The couple, who just vacationed in Mexico, have flown over to Portofino, Italy. Daily Mail has photos...

[ad_1] Along with its silks, its Birkins, and its French ateliers that can custom-make nearly anything, the house of Hermès is famous for its enamel accessories. So it’s only logical that the next chapter in its beauty playbook, following the cult lipstick and blush launches of last year, would be...